Maersk, a partner of Blue Marine on the handytanker Revel, inaugurated its Terminal Container in Lazaro Cardenas, Michoacan. This work has an investment of more than 7.3 billion pesos and is a clear sign of solid commercial relationship between Denmark and our country.

This important event was led by President Enrique Peña Nieto and the Danish Prime Minister Lars Lokke Rasmussen. Both leaders previously met in the National Palace to sign a Joint Declaration in which it was agreed to strengthen the bilateral relationship between Mexico and Denmark. This event was attended by the Juan Reynoso Durand, Executive President of Grupo Durandco.

Blue Marine has a successful alliance with the Maersk Handytanker Pool, a world class international company. 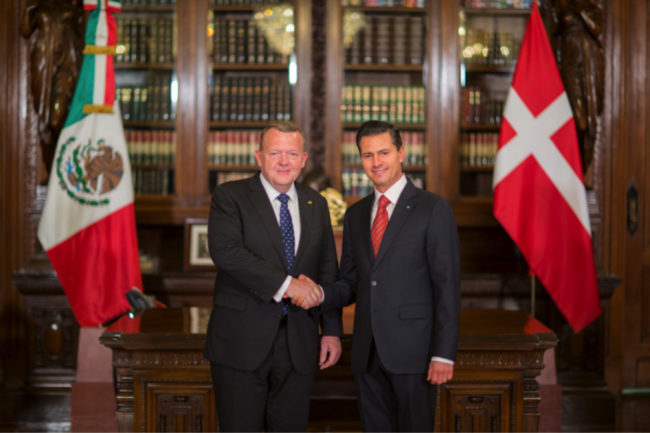